JAY CHOU, Taiwan’s favourite son and undisputed R & B King will be celebrating 10 years in singing and songwriting through a brand new concert 2010 in Singapore!

Jay Chou’s 2010 concert world tour kickstarts in Taipei this June. If there’s only one performance to go to this year, this is it! .Jay Chou, Asia’s finest and hip hop’s reigning king will enthrall the audience with his talent, originality and creative work that embraces a unique mix of Chinese music and Western influence.

His songs fuse R & B, rock and pop genres and cover subjects from tender love to domestic violence and war. His use of meaningful, emotionally- rich lyrics, hits right at the heart and has solidified his status as a pioneer and a unique performer.

Jay Chou is expected to raise the bar further as a performer and top singer in Asia with his new concert tour in Singapore! His multiple costume changes, spectacular stage and visual effects and excitingly choreographed dance routine will move fans and get them on their feet.

Jay’s versatility on the piano, guitar and drums will also leave fans in a state if euphoria. Watch out for Jay’s rap skills as well in Singapore concert!

Songs from Jay’s hotly anticipated new album and his popular potent hits together with his stage charisma will leave fans with an unforgettable concert experience.

Jay Chou World Tour Live in Singapore 2010 is proudly presented by M1 and the following partners :

Almost forgot to mention that Jay Chou 2010 concert in Singapore is going to be on July 24, 2010 at Singapore Indoor Stadium.

Book your concert ticket at SISTIC.

Singapore Evening at The Esplanade
Singapore Evening at The Esplanade is a a showcase of Singapore’s unique culture and creative talents.Singapore, as Chair of the APEC 2009 meetings, aims to provide all delegates with a ...
READ MORE
Before You Choose Your Running Shoes…
via Lifehacker,Knowing your foot type is useful for purchasing the proper running shoes, among other things. Using the "wet test" can help clue you in on whether you have normal, ...
READ MORE
Singapore Budget 2010 Speech & Highlights
Minister for Finance, Mr Tharman Shanmugaratnam, will deliver the Singapore Budget 2010 Speech in Parliament on 22 February 2010 at 3.30pm (GMT+8).Singapore Budget 2010 Highlights S$20.5 billion "resilience" package ...
READ MORE 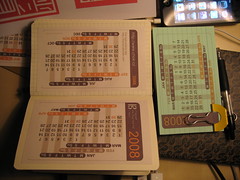 2010 Calendar Singapore: three easy ways to get one
We are close to year 2010, 37 more days left. Besides planning your 2010 public holidays, you may want to print out a one-page 2010 calendar Singapore so that you ...
READ MORE
The Only Exception Music Video
I hope you like this "the only exception" music video - the sixth song of the new album from Paramore : Brand New Eyes.The Only Exception LyricsWhen i was youngerI ...
READ MORE
Big Night Out 2010: Feb 3 with MUSE, Rise Against, Saosin
This Big Night Out 2010 event will be held at the Singapore Indoor Stadium on February 3rd, 2010. Britain's most adventurous rock band MUSE make their triumphant return to Southeast ...
READ MORE
One Year Countdown to the Singapore 2010 Youth
Singapore Holidays 2010
Singapore Evening at The Esplanade
Before You Choose Your Running Shoes…
Singapore Budget 2010 Speech & Highlights
2010 Calendar Singapore: three easy ways to get
The Only Exception Music Video
Big Night Out 2010: Feb 3 with MUSE,
Facebook Comments